COP26 Special: What the Global Methane Pledge Means for Agriculture 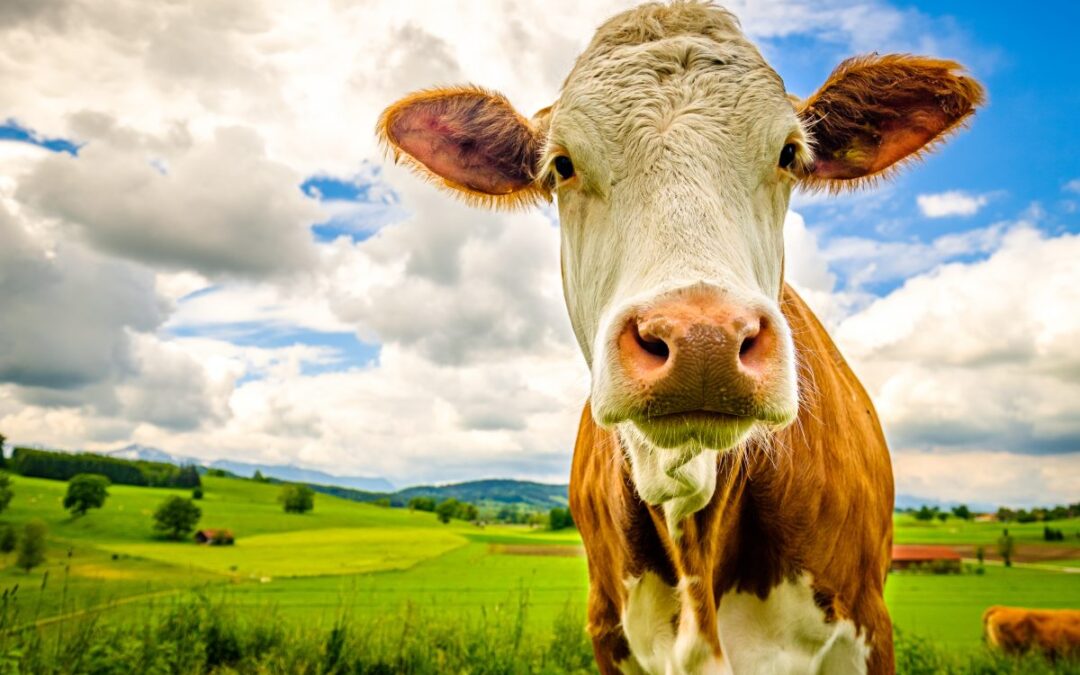 In our series of COP26 pieces, we explore what this momentous conference means for agriculture, food and farming.

The Global Methane Pledge was launched at COP26 on Tuesday 2nd November. The pledge, which US President Joe Biden says will make a ‘huge difference’, aims to reduce methane emissions by 30% compared with 2020 levels. So far, more than 100 countries have signed up to the goal: countries which account for circa half of global emissions.

However, Russia, China and India which are all significant emitters have decided not to be involved and the commitments are voluntary so there are no sanctions for missing the target.

The pledge will work in concert with Net Zero ambitions for limiting carbon to reduce emissions of warming gases. British farmers are already working to reach net zero greenhouse gas emissions across the whole agriculture sector by 2040, 10 years ahead of the UK Government’s UK Plan.

Scientists believe that a temperature rise of 2.0C would wreak havoc with global food systems and reducing methane emissions by 30% could prevent an additional 0.3C of warming by 2045. At a time when we need to pull every lever to slow climate change, the focus on methane will certainly help buy time.

The greenhouse gas (GHG) methane is responsible for a third of global warming caused by human activities. Reducing it would, each year, prevent 255,000 premature deaths, 775,000 asthma related hospital visits, 73 billion hours of lost labour from extreme heat, and 26 million tonnes of crop losses globally according to the UN’s Global Methane Assessment report published earlier this year.

While some methane is emitted form natural sources such as wetlands, the majority comes from human activity such as the use of fossil fuels, agriculture and waste disposal.

The food system is one of the largest emitters of methane, and the gas is particularly associated with ruminant livestock (cattle, sheep and goats) and with rice production. Methane emissions from livestock primarily arise from the digestive process (enteric fermentation), losses of organic matter in manure and the burning of agricultural waste.

How can we reduce methane emissions from agriculture?

One point of view is that to reduce meathane emissions the world needs people to eat less meat and switch to plant-based dairy alternatives. Vegan and vegetarian diets are certainly gaining in popularity.

However, it is important to move towards a more sustainable diet by working with the natural resources available. 65% of UK farmland is only suitable for growing grass, so the most sustainable way to use it for food production is to graze livestock, turning inedible grass into high quality, nutritious protein. If we moved towards a more plant-based diet, we would potentially become more reliant on imports, increase food miles and trade with countries which do not have such high environmental standards of production.

Further, the grassland used for grazing acts as a huge carbon store and British livestock are predominantly grass-fed. 70% of the average cow’s diet is made up of grass compared to only 5% being made up of grains. Grazing animals help protect this store – their manure can improve soil health and organic matter, contributing to the amount of carbon stored in it.

It is commonly believed that grass-fed beef have lower net greenhouse gas emissions than grain-fed beef after their role in carbon sequestration is taken into account.

Yet, it is not only grass-fed beef that contributes to a sustainable food system, British dairy practices are world-leading. There are 278 million dairy cows worldwide. If they were all as efficient as UK dairy cows, there would only be a need for around 76m dairy cattle to produce the same amount of milk.

Moving away from nutritious foods which can be produced domestically in favour of imports whose environmental provenance may not be clear does not seem to be answer for the UK. Quite the opposite, supporting British farmers, shortening food supply chains and eating seasonally would reduce greenhouse gases produced by transporting food across the globe.

UK farming practices are already methane-efficient compared to other countries. However, studies have shown that changing livestock diets to more digestible feedstuffs or adding more fat can reduce belching. In 2018, Kebreab and Roque were able to reduce methane emissions from dairy cows by over 50 percent by supplementing their diet with seaweed which inhibits an enzyme in the cow’s digestive system that contributes to enteric methane production.

The use of anaerobic digesters would convert waste (manure) into a resource (biogas) which can be used to help power farms. It’s estimated that farmers already own or host more than half of the UK’s anaerobic digestion capacity, as well as half the solar power capacity and most of the country’s wind power facilities.

The costs of methane reduction

However, the costs of tackling climate change need to be considered carefully in an industry where margins are already tight. Although, organic produce achieves a premium so perhaps people would consider ‘methane-reduced’ or ‘greenhouse gas neutral’ foods in a similar light.

Methane abatement is seen as one of the most cost-effective ways of limiting global warming to 1.5C, and with over half of emissions coming from human activity, the scale of opportunity to slow climate change is huge. The UN Global Methane Assessment states, “Behavioural change measures and innovative policies are particularly important to prevent emissions from agriculture, given the limited potential to address the sector’s methane emissions through technological measures”.

Collaboration between government and the food supply chain will be critical to the success of methane mitigation measures in UK agriculture. The livestock and dairy sectors will need innovations, policies and funding which support changes in livestock management, encourage converting waste into energy and help farms adapt to changes in consumers dietary preferences.

With estiamtes suggesting as much as 70% of the UK’s landmass being under the management of agricultural & farm businesses and agriculture reportedly being responsible for around 10% of methane emissions (compared to 22% in Germany), the government cannot afford to marginalise rural enterprise if it is to meet its commitment to the Global Methane Pledge and reduce methane emissions by 30% against 2020 levels.

In the next RED Talk on 18th November we investigate the role of food, farming and land-owning businesses in creating a sustainable and just food system which provides for people and planet, and we look into the ways in which those same businesses will increasingly provide environmental services to power a more sustainable and resilient UK plc.

Related Information on methane and agriculture